The UPBEAT Suite is a weekly motivational club for creative entrepreneurs!

Enter your email below so you never miss our amazing interviews, Q&A sessions, musical / entertainment performances, giveaways, unique opportunities for mentorship, and more!

Thank you! Your submission has been received!
Oops! Something went wrong while submitting the form.

1. Search for "The UPBEAT Suite"
2. Follow to Get Notifications
3. Scroll Down to Follow the Creator of the Club, Parker Kane 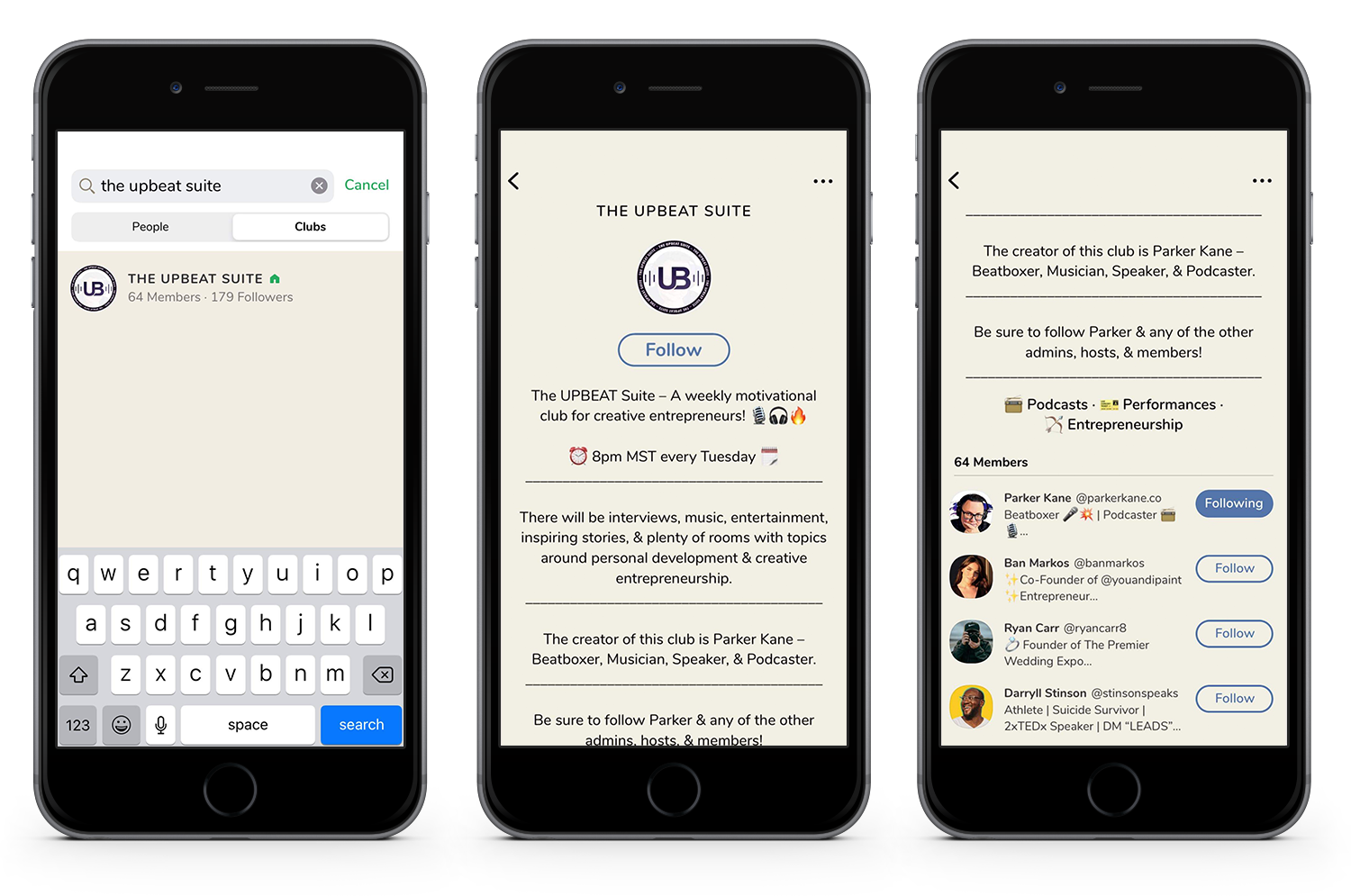 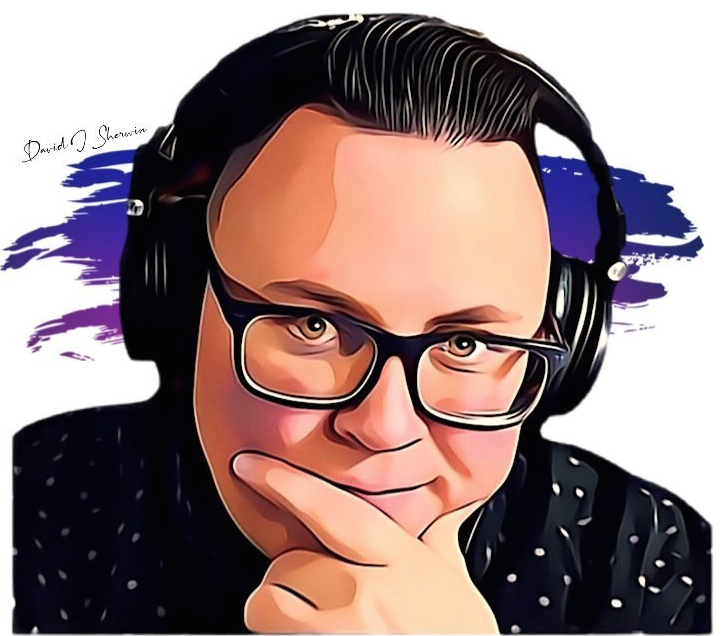 Parker is an American beatboxer, musician, speaker, podcast host, and Creator of The UPBEAT Suite on Clubhouse! He is notorious for his viral beatboxing videos and his podcast UPBEAT with Parker Kane.
‍
One of his videos, “McDubstep,” has now been seen over 1 billion times on Facebook. After this video went viral, he was featured in his very own official McDonald’s commercial.
‍
Parker has since appeared on many different TV shows including Outrageous Acts of Science, America’s Got Talent, Ridiculousness, and the Steve Harvey Show. He’s also been featured in many online articles from MTV, Business Insider, Huffington Post, DailyMail, and more.

Parker has delivered powerful speeches and beatbox performances for high-end people and organizations like Shark Tank’s Daymond John & Barbara Corcoran, TEDx, and McDonald’s. He continues to bring his message and story to stages and podcasts around the country.
‍
TODAY – Parker is going ALL-IN on Clubhouse! He takes his role with The UPBEAT Suite very seriously, and he is delivering those same powerful speeches and beatbox performances all over Clubhouse almost every day! 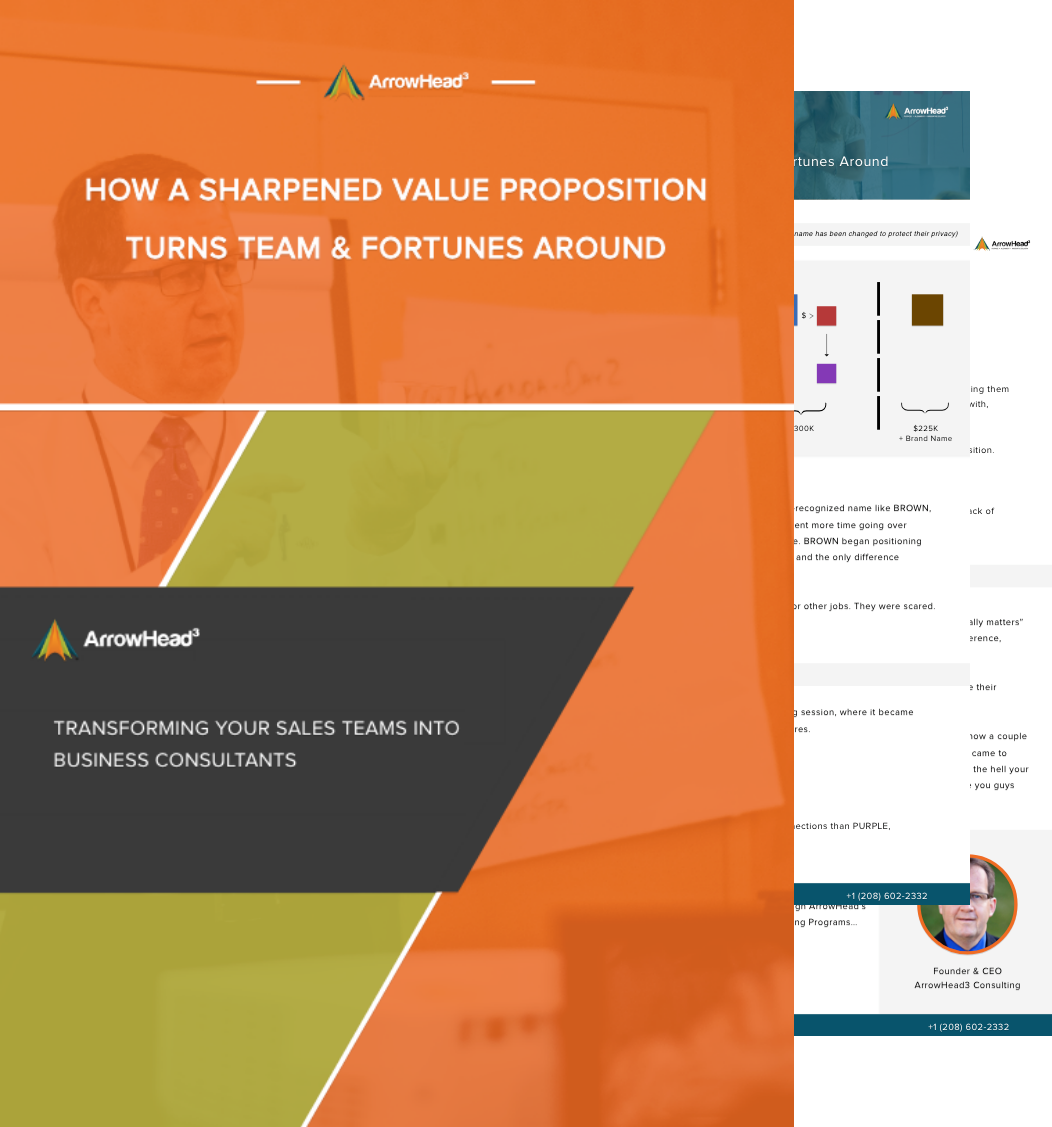 Download this free case on how our client transformed their sales teams into business consultants, collaborated around their best value message, and became committed and empowered to win new & bigger deals.

Thank you! Your submission has been received!
Oops! Something went wrong while submitting the form.